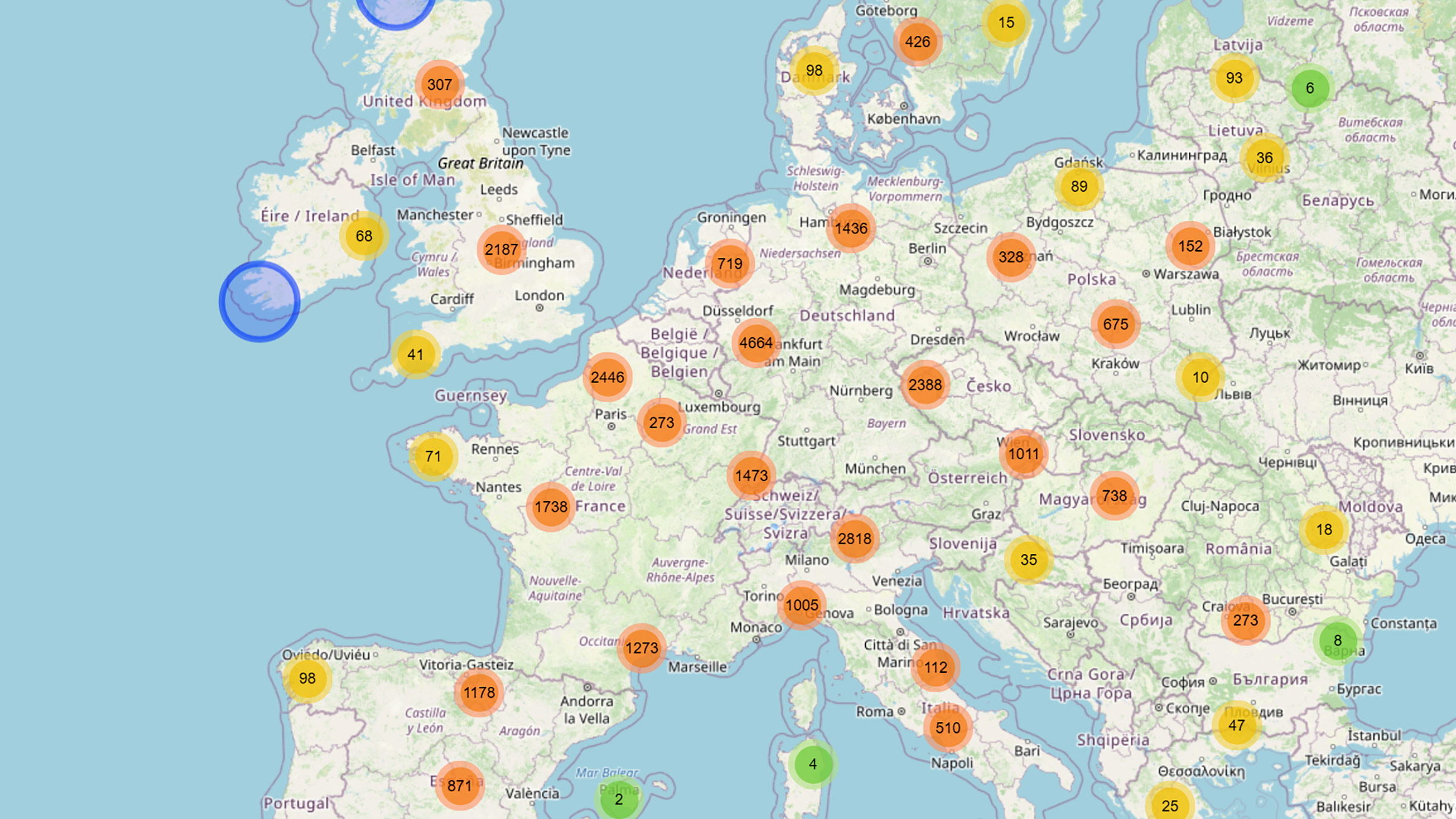 The study’s unique dataset can be used to help map out an EU-wide network of truck charging points, including at long-haul and regional stop locations in the European Union, the UK and other countries in Europe.

“The market uptake of electric trucks is set to surge over the next few years. However, the infrastructure necessary to charge these trucks is still sorely lacking, so it needs to be rolled out as a matter of urgency,” said Eric-Mark Huitema, ACEA Director General.

The future location of charging stations should be based on the current operation patterns of vehicles, according to the study. To identify these sites, Fraunhofer analysed 30,000 aggregated truck stop locations. This information, based on the logistics activity of some 400,000 trucks using 750,000 individual stops, was collected by the seven European truck manufacturers.

It shows that the truck stop locations are concentrated around highly populated areas in central Europe. They are denser around important industrial areas and major cities – such as Northern Italy, Paris, Greater Manchester, Berlin and Frankfurt – and follow main European roads.

About one third to one half of the stops are in rest areas close to motorways, according to the new data. Approximately one quarter to one third are at company sites or logistic hub locations, with just 1% to 5% in ports and ferry terminals.

There are two main categories of stopping time: less than three hours (with 35% between 30 and 60 minutes), and longer than eight hours. The high frequency of shorter stops, as well as the driving and rest time rules, highlight the need for high-power charging points suitable for re-charging trucks in a short amount of time.